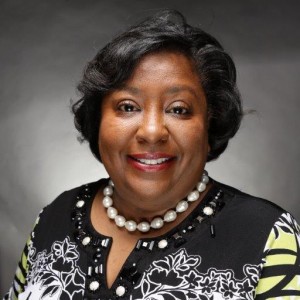 Dr. Olivier is Assistant Dean for Diversity and Learning Environment and Professor of Ophthalmology at Chicago Medical School (CMS) of Rosalind Franklin University of Medicine and Science (RFUMS) and John H. Stroger, Jr. Hospital at Cook County. She received her undergraduate degree from Loyola University Chicago and her medical degree from CMS, '88, where she has held a variety of roles since 1995.  Dr. Olivier completed her ophthalmology residency at Columbia University/Harlem Hospital Center in New York, and her Fellowship in Glaucoma at the Kresge Eye Institute, Wayne State University under the direction of Dr. Dong Shin, M.D, PhD

As Assistant Dean for Diversity and Learning Environment, Dr. Olivier serves on the CMS Admission's Task Force, Diversity Advisory Council, and on the executive committee of the Alumni Association for RFUMS. She has worked with CAHMCP's Matriculation Program to identify under-represented in medicine who are interested in health care. In collaboration with the Student Life Department, she has brought accomplished speakers to address CMS medical students and other RFUMS students about topics relating to medical careers. Together with Dr. Inez Bardella, Dr. Olivier traveled to Haiti to establish a collaboration with RFUMS as part of a Global Medical Health Care Program, and also serves on the Travel and Project Scholarships Committee. Her other activities include participating in the Match Day Event, counseling unmatched, under-represented in medicine students, addressing issues to help increase student diversity, inclusion and retention, as well as assisting in identifying minority candidates for faculty. She is the Principle Investigator for an NIH grant which mentors and exposes medical students, residents and fellows to the world of vision research through the Rabb-Venable Excellence in Ophthalmology program. Under-represented minorities are encouraged to submit their abstracts and present at the annual meeting of the National Medical Association.

Dr. Olivier is a member-at-large of the Board of Trustees of the American Academy of Ophthalmology (AAO), Past-President of Women in Ophthalmology, and a Board Member for the American Glaucoma Society Foundation.  She also serves on the Women in Eye and Vision Research Committee of the Association for Research in Vision and Ophthalmology. She has served on the Advisory Council of the National Eye Institute, the Women's Task Force and Women and Diversity Committee at the Association for Vision and Research in Ophthalmology, and is an AAO delegate to the American Medical Association. Since 2004, she has been a member of the steering committee for AMA's Commission to End Health Care Disparities, where she served as President and Vice-President. Dr. Olivier served on the board for Prevent Blindness America. She is past president of the Chicago Chapter for the Haitian Physician's Association (AMHE) and the Midwest Association of Haitian American Women, which she founded in Chicago. Dr. Olivier is also a board member of the DuSable Museum of African American History. In addition, she is past president of the Chicago Glaucoma Society and is an active member of the American Glaucoma Society.

A veteran of frequent medical missions to Haiti beginning in 1993, Dr. Olivier was a key member of the Task Force on Haiti Recovery following Haiti's earthquake of 2010. Her work takes her all over the world. She presented on the AAO/PAAO Task Force for Haiti Recovery and Organizational Collaboration at the World Glaucoma Conference in Berlin. She presented at the Columbian Ophthalmological Society Glaucoma Symposium in Cartagena, Colombia.

Dr. Olivier has published in major peer-reviewed journals and is one of the co-authors for the Glaucoma section in Clinical Eye Atlas. She is one of three editors of the book Maintaining the Target Intraocular Pressure: African American Glaucoma Specialists. She is frequently called upon by the media to address the topics of general eye health, glaucoma, women in medicine and efforts to end healthcare disparities. She was recently featured in Ingredients of Outliers.