Searching for Another Helix in 'The Eye of God'

By Sabreen Alfadel
Dr. Stuart Meyer, CMS '60, with one of the telescopes that helps him explore the cosmos.

There are a multitude of connections across the universe. Stuart Meyer, CMS ’60, first of three generations of RFU alumni, understands this even more with his observations of planetary nebula — specifically the Helix Nebula.

Dr. Meyer’s early career in medicine started at St. Louis University, where he trained in orthopedic surgery. Since retirement — after practicing orthopedic surgery on Chicago’s North Shore — he has turned to astrophotography, taking an interest in exploring the sky and melding his two passions: the helix associated with the practice of medicine, and the helix associated with the universe.

“The scientific interest of learning medicine was a very important part of dealing with the learning of the sky,” he reflected. “The fact is that for thousands of years, before there was the formation of the double helix, there was an association between astronomy and the sciences, and we can put that together with all the work that Rosalind Franklin did.” 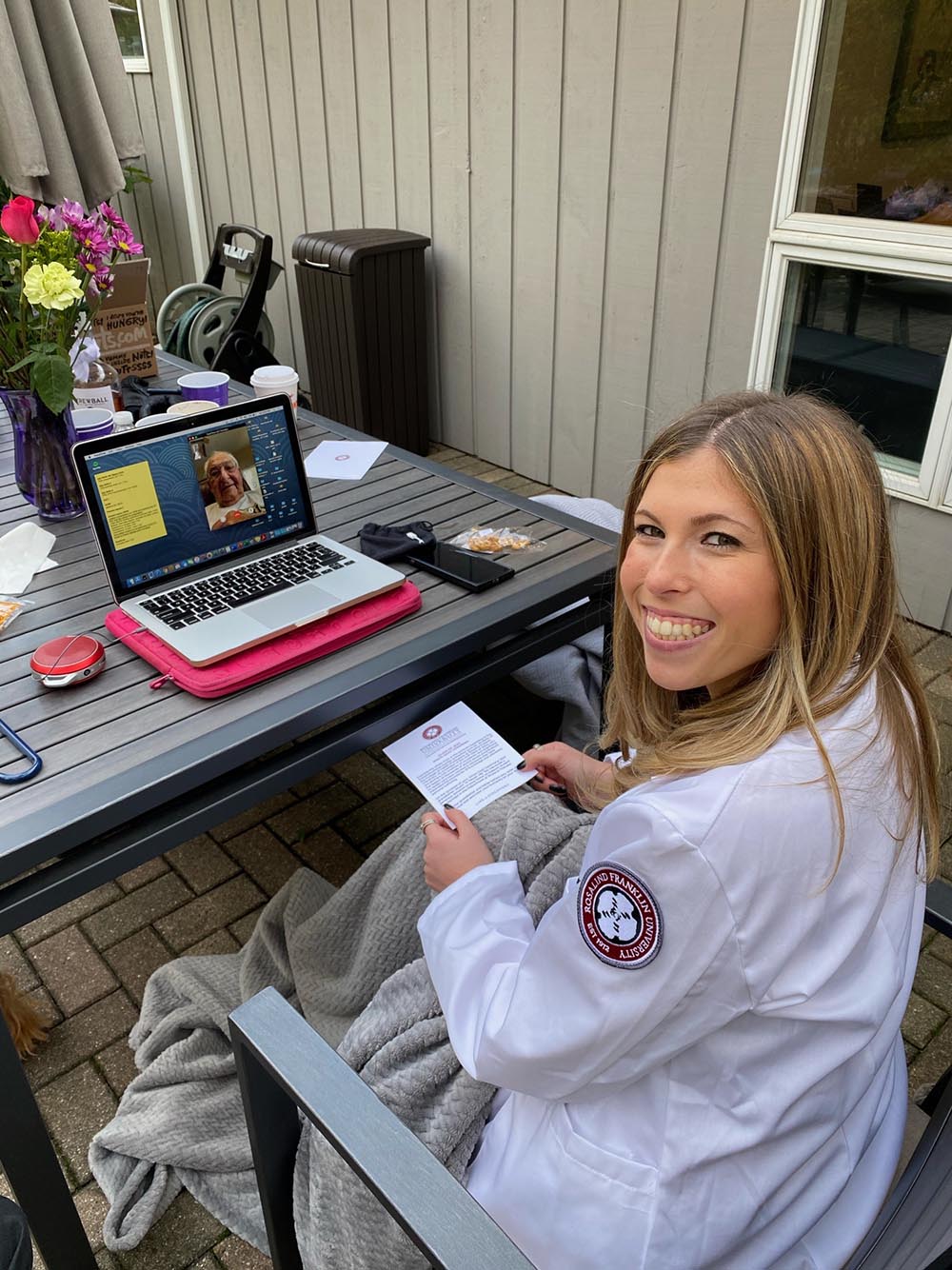 Dr. Meyer’s interest in astronomy evolved when he moved to Arizona in 2004 and began taking courses at local colleges. Moving forward, he was able to connect this newfound interest to his acquired knowledge in orthopedics, noting that “in orthopedic surgery, we visualize things, we fix things. It’s a technical specialty, and as I got into astronomy, it certainly was a technical project, too.”

Some of the technicalities in astronomy include telescopic and digital work, which, according to Dr. Meyer, can assist in pinpointing the nebula’s 10,600-year-old age and helical appearance. With help from high-powered telescopes, this extremely small object in the sky is easily identifiable, and the small white dwarf star in the center becomes visible.

Planetary nebulae, Dr. Meyer explained, are stars that burn out and shed their outer layer of gas, forming a ring that astronomers refer to as a nebula. 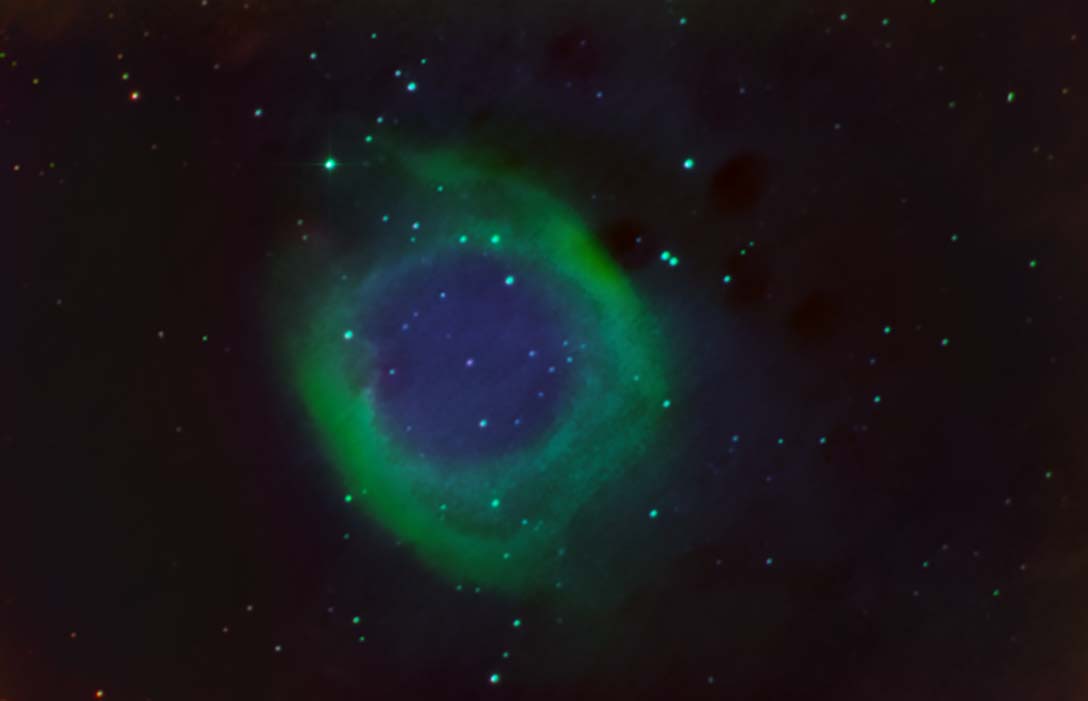 “The word helix describes that round circle of gas that forms around the star. It’s also sometimes called the ‘Eye of God,’” he said of the Helix Nebula, which is 450 light years away and the closest planetary nebula to Earth. He added that if you look closely, “there are two layers of gas, which tweaked my feeling more thinking of the double helix.”

Dr. Meyer learned that, although different from the double helix we are familiar with as the structure of DNA, the term holds an equal significance in the science of astronomy.

“We’ve been involved with the double helix for so long,” Dr. Meyer said, “that when I made that connection, I wished everyone associated with Rosalind Franklin knew that up in the sky, there is also a helix.”

Sabreen Alfadel is a staff writer with the RFU Division of Marketing and Brand Management, specializing in content development for social media efforts and initiatives.

Our Future with Vaccines Clinicians and researchers have provided frontline services to the community, including testing, diagnostics and administering the COVID-19 vaccine. Read More

The Future and our Community "Providing care to different people means having to take into consideration their culture and its norms." Read More

Represent the Field "Laurine brings a fantastic energy and dedication to the community." Read More

The Future is Nursing Dr. Sandra Larson, recently appointed interim dean of the planned College of Nursing, reflects on her profession, the crucial role nursing plays in the delivery of care and how the new college will better help RFU meet the needs of its community and nation. Read More

COVID and Traumatic Stress: CHP Student Explores 'How the Brain Functions in the Context of Illness' “COVID has turned a spotlight on how there’s this relationship, always, between medical illness and mental health.” Read More

From the Archives: 60 Years Ago, CMS Was on the Move Sixty years before RFU held the grand opening of the Innovation and Research Park, the Chicago Medical School Institute of Medical Research opened its doors in response to an increase in the school’s faculty and research activities, which were advancing discovery around heart disease, cancer, hereditary childhood illnesses and mental health. Read More

'I Feel It's My Responsibility': CHP Alumnus of the Year Seeks Increased Diversity “It’s not an inability to perform well in the sciences that makes students feel incapable — it’s a lack of resources and representation.” Read More