RF@100, the university’s yearlong celebration of the centennial of the birth of Dr. Rosalind Franklin, culminated with an essential part of science — a question. While not a scientific question, the one posed to the RFU community by a committee of Women in Science and Healthcare (WiSH) reveals the power and inspiration of life in discovery: “How has her story influenced your story?” Read the digital collection of submissions at rfu.ms/reflections 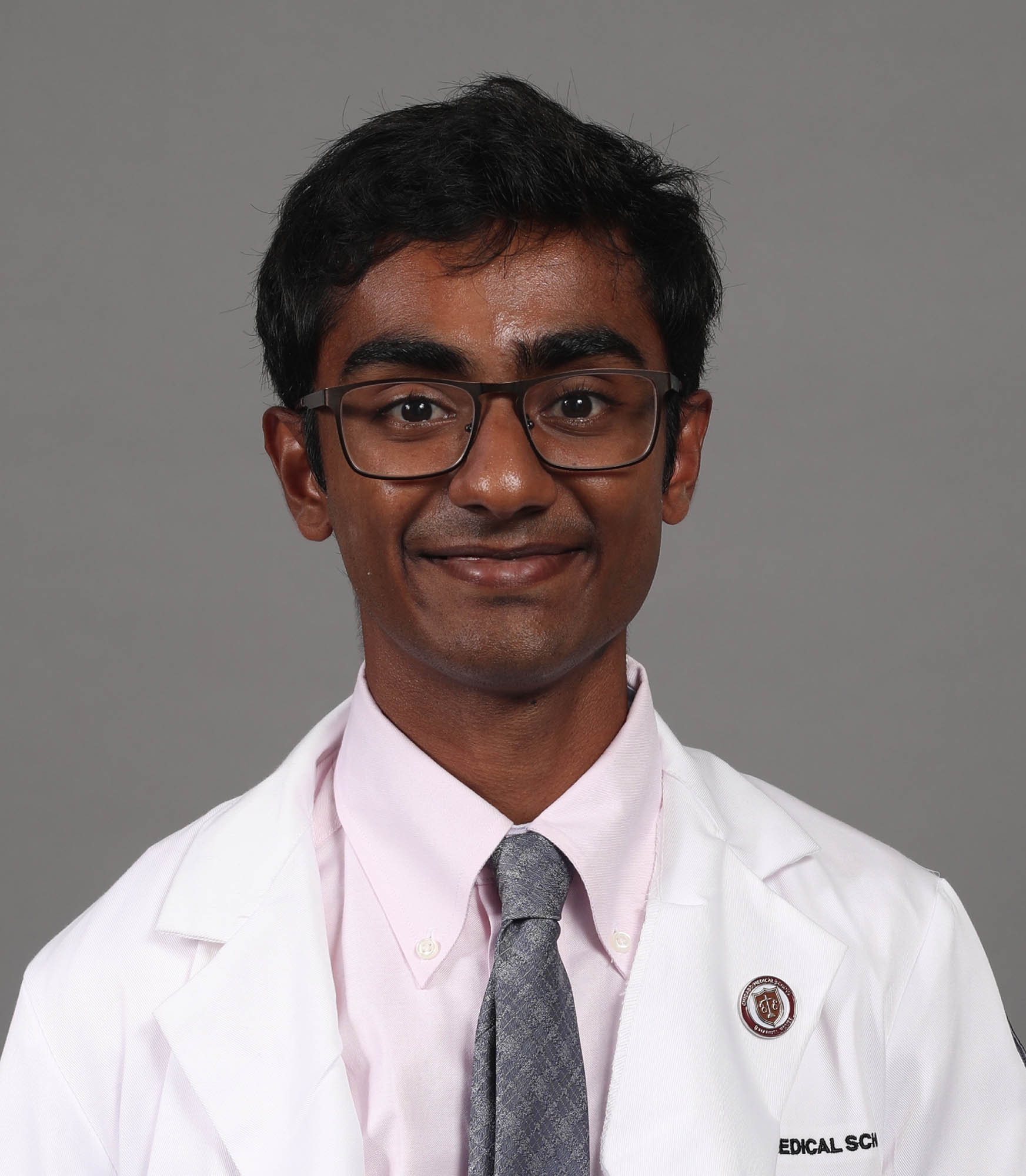 Dr. Franklin lived in a world and several decades apart from my own. While World War II was looming in Europe, Rosalind Franklin was an 18-year-old Jewish woman attending Cambridge who had the aptitude and courage to question the standard of the chemistry lectures she received. Her laboratory at King’s College had fewer resources than peer teams also working on figuring out the structure and function of DNA, including Watson and Crick. Many of these obstacles were influenced by her sex, because she grew up during a time in which women were not always rewarded for their work. I think she’s an example of how in order for things to change and progress, people need to put the work in even though they may not be the first to reap the benefits. 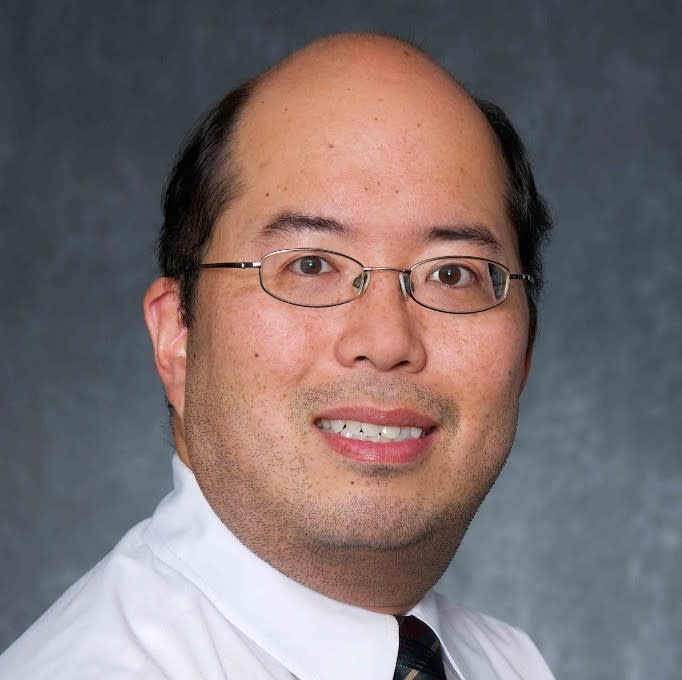 I am inspired by the fact Dr. Franklin continued on as a scientist after her experience at King’s College. After leaving, she found a more supportive community at Birkbeck College and didn’t let the snubs or lack of credit deter her from research as she went on to characterize the tobacco mosaic virus and set the foundation for modern virology. It is telling how much one’s success really can be a function of one’s environment and support, and how our university tries to emulate this throughout its culture is laudable. 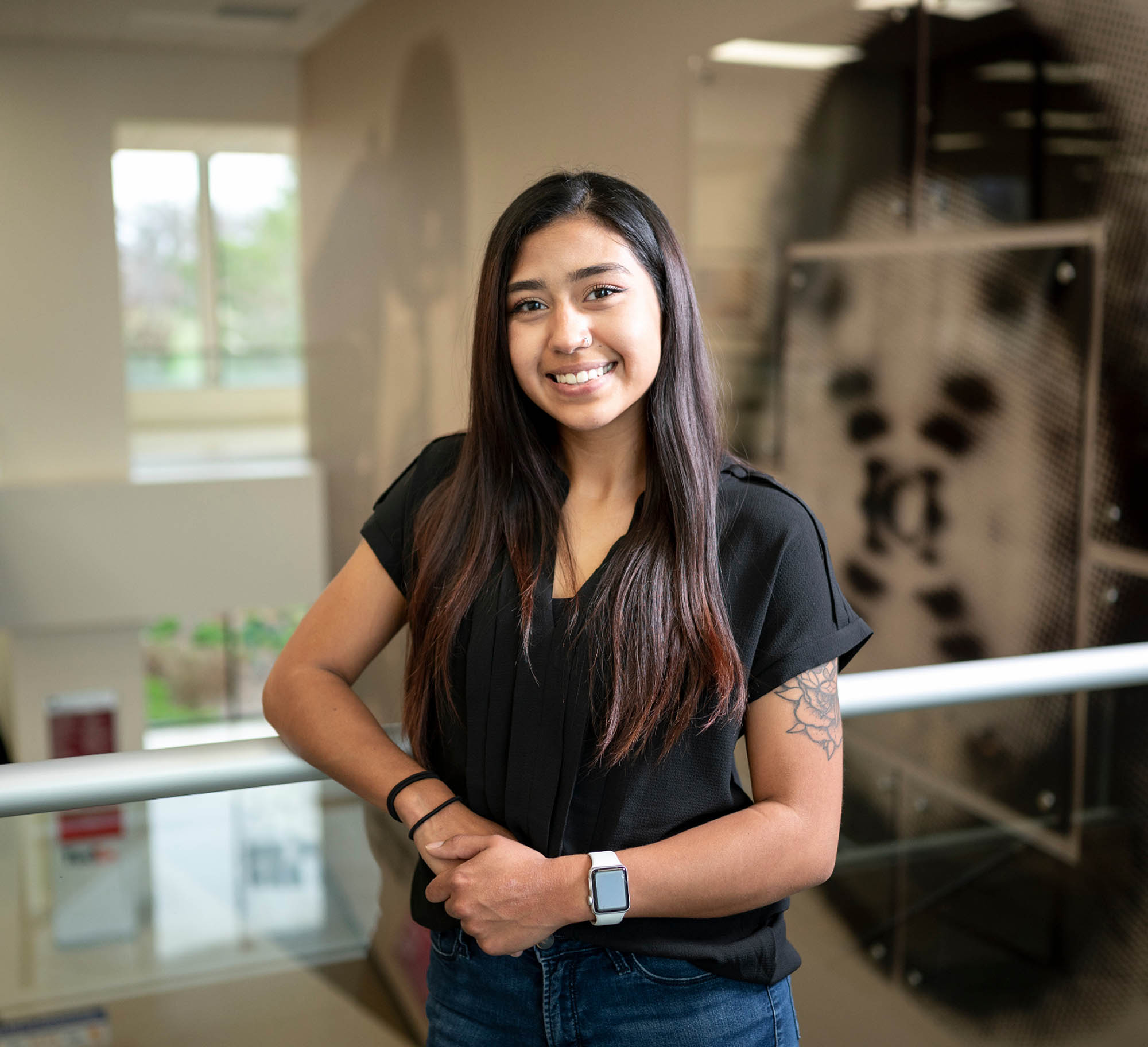 The creation of Photograph 51 hasn’t changed my path, but it has changed my perspective. When I see our logo, this historical landmark, I’m reminded that, even while studying to be a physician assistant, I am not defined by society’s markers of success, like grades and test scores, because there is so much value and beauty in learning and doing what you love. And by following your passion, great advancements for mankind, such as Photograph 51, can pave the ways for change in our society. 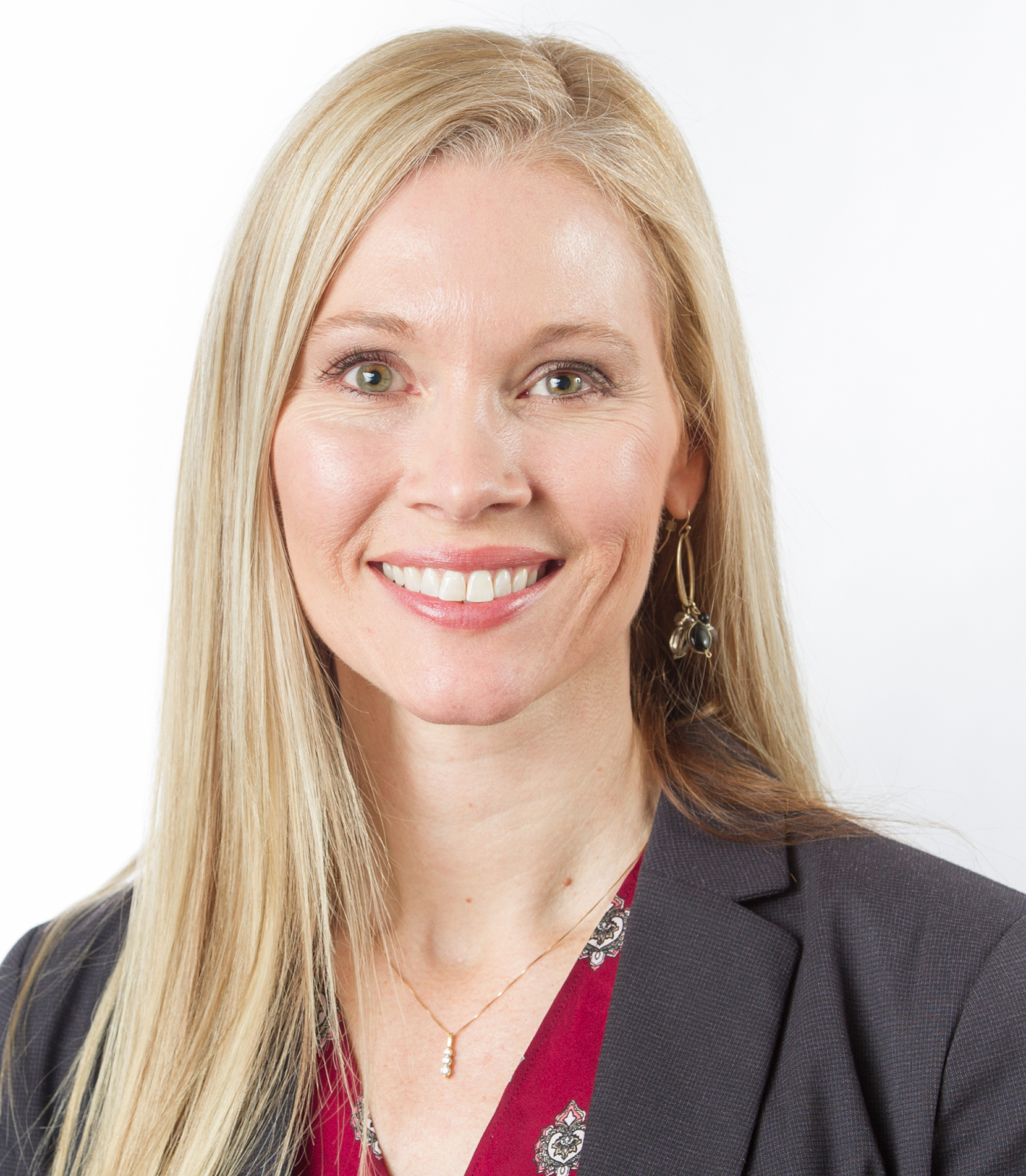 Dr. Rosalind Franklin’s reputation was tarnished because of the perceptions of some of her male colleagues. They misrepresented her insistent and confident demeanor as being “difficult” to work with. Despite having to work in multiple labs to continue her research, she was unapologetic and undeterred. As a female, I am inspired by Dr. Franklin to be confident, assertive and to not apologize for that demeanor. I would like to see the contributions of women given the respect they deserve based on their merits rather than the perception of the woman/women that made them. Women can do better to support each other in this endeavor. 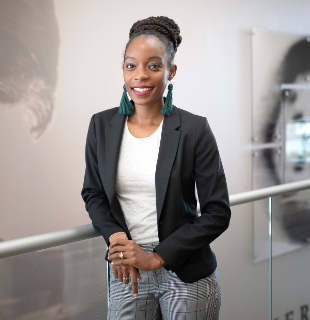 Dr. Rosalind Franklin inspires me to continue to push full force ahead despite the challenges or injustices that I’ll face. Being a woman of color in medicine is an uphill battle and there aren’t as many of us compared to our counterparts, but what I do today will set the stage for the next person of color. Her story reminds me that each of my steps matter, regardless if I’m there to see the end or not. 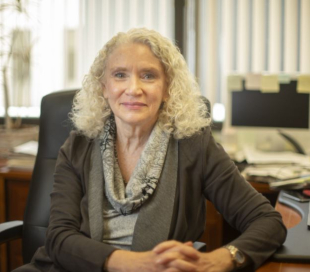 Dr. Franklin’s devotion to seeking answers in research, even when the experimental conditions were complex, is very inspirational. The patience and skill she employed to keep the DNA samples at the proper humidity was the key to her beautiful X-ray crystallography. My love of molecular biology is a direct result of her research. It is one of the major reasons I chose to become a researcher. 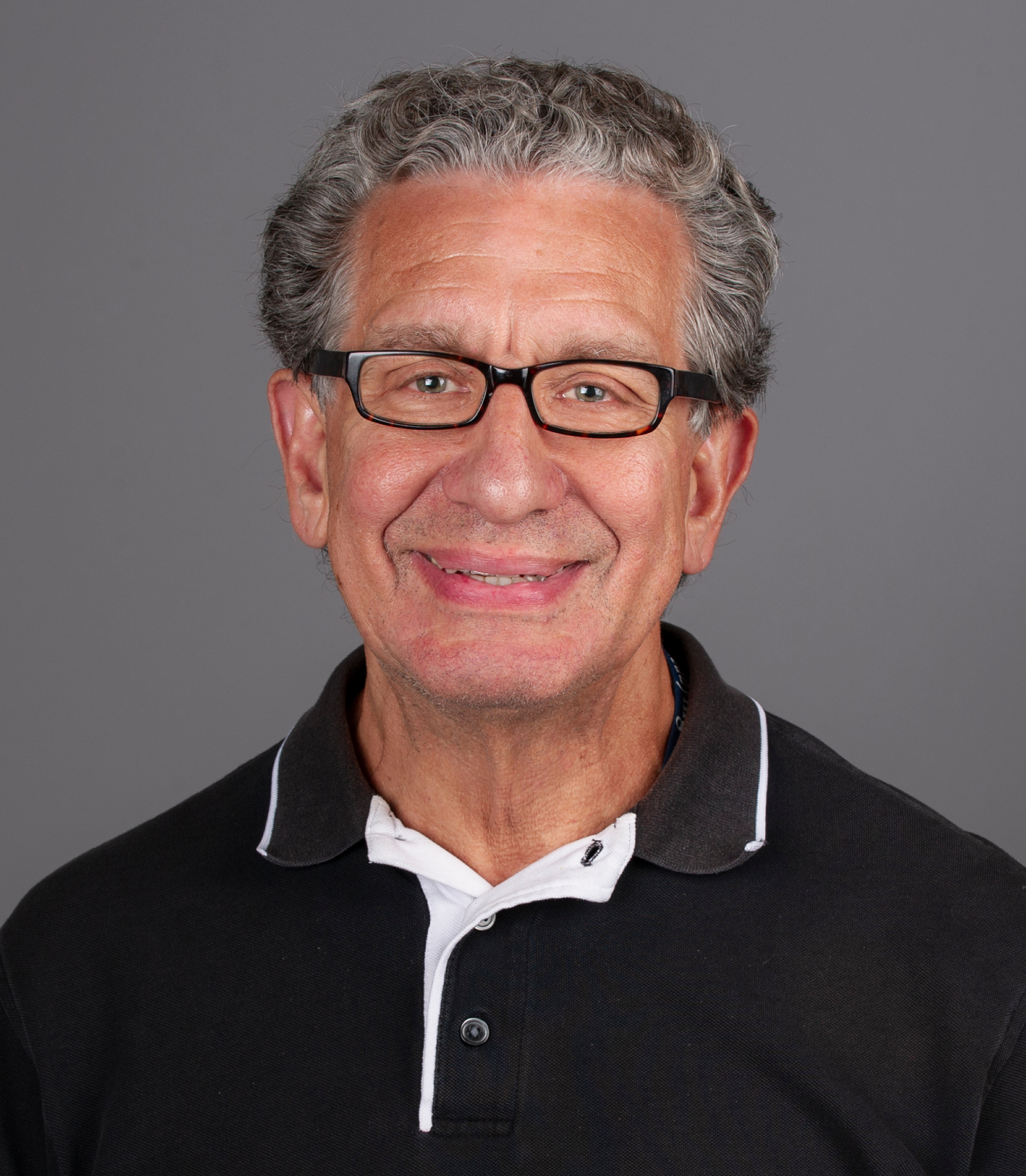 Dr. Rosalind Franklin has inspired me to be a doctor who passionately cares for his patients in a manner that improves their quality of life, and empowers them to live a healthy lifestyle. Her work on the creation of Photograph 51 has encouraged my resilience to be the best doctor I can be, and carry on in the Emergency Department in what are often dire circumstances

Brain Trust The lab of Dr. Johnny He, director of the Center for Cancer Cell Biology, Immunology and Infection, identifies a promising therapy and therapeutic target for HIV-Associated Neurocognitive Disorder (HAND). Read More

If You Build It... A platform for accelerating RFU’s nationally recognized research into therapeutics, the Innovation and Research Park continues to gain steam despite challenges posed by the pandemic. Read More