Biomedical engineer/neuroscientist Eun Jung Hwang, PhD, who joins the Stanson Toshok Center for Brain Function and Repair from the University of California, San Diego, uses state-of-the-art technologies to investigate the function of healthy brain networks and how they break down in aging and neurological disorders.

Dr. Hwang brings a cutting-edge multiphoton calcium imaging technique that allows her to record hundreds of neurons simultaneously. She is also an expert in the use of optogenetics to control genetically-specified subsets of neurons with light in behaving animal models to observe how networks are affected by decision-making and learning.

“My main strategy is to decompose neural processing in these circuits into distinct computational processes — e.g., internal action bias, stimulus-action association, motor plans of actions — and identify subcircuits specialized in each process and information flows between the subcircuits,” Dr. Hwang said. “I also aim to investigate changes in the identified circuits associated with aging and neurological disorders to discover causes of and treatments for disadvantageous action patterns in those conditions.”

Last year, Dr. Hwang made the remarkable finding, published in Science Advances, that the motor cortex stores motor memories early in learning, but as learning becomes rote with repetition, the memory leaves and settles elsewhere in the brain, freeing up space for new memories in the original space.

“Dr. Hwang is an outstanding scientist and the top-ranked applicant in our search for an investigator using innovative brain imaging tools to dissect principles of normal and abnormal brain function,” said William Frost, PhD, center director. “She brings something we don’t have here and many labs could use: large-scale imaging of network activity in the vertebrate brain with single-neuron resolution. In addition, her biomedical engineering background provides a much needed computational component to the training of our graduate students.”

The Stanson Toshok Center for Brain Function and Repair focuses on discovery of the principles of normal brain function, with the goal of developing improved methods for repair. Dr. Hwang was drawn to RFU in part because of its large number of mouse labs studying various clinically-relevant types of brain dysfunction, including injury, aging, stress, addiction and various models of neurodegenerative disease. The Innovation and Research Park offers fertile ground for potential collaborations aimed at studying how these conditions affect network function, and potentially how therapeutic treatments may act to restore normal function.

“The fundamental function of the brain is to choose and execute the right action at the right moment,” said Dr. Hwang in describing her investigations. “Neurological diseases and aging often impair this essential function, interfering with many daily activities. My long-term research goal is to elucidate the neural circuits underlying action selection and execution.” 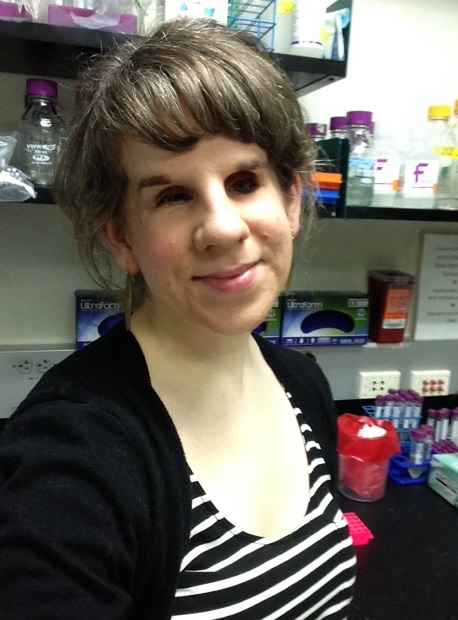 Sarah A. Johnson, PhD, joins the Center for Neurodegenerative Diseases and Therapeutics from the University of Florida, where she was a postdoctoral fellow in the Department of Neuroscience. As a member of the NIH-funded Neuroscience of Cognitive Aging Lab and the prestigious Evelyn F. and William L. McKnight Brain Institute, she collaborated with multidisciplinary teams to investigate how changes in neural activity across brain circuits contribute to memory impairments in advanced age.

“One challenge we face in studying cognitive aging is in finding memory tests sensitive enough to pick up subtle changes in performance,” Dr. Johnson said. “An approach developed in cognitive neuroscience and now increasingly adopted in clinical neuropsychology is to measure what we call ‘mnemonic discrimination.’ This reflects the ability to distinguish similar events from memory — for instance, where you parked your car at the grocery store today as opposed to last week.”

Dr. Johnson’s highly innovative and translationally relevant approach to investigating aging-related decline in memory systems has garnered recognition in the field. As a postdoc, she independently developed new techniques that tap into this memory network in rodents in a testable manner, including touchscreen monitors that mirror the human condition and screening protocols.

Grace “Beth” Stutzmann, PhD, center director, called the novel memory assessment screen, coupled with simultaneous in vivo probes of memory circuits in the behaving brain, “a significant breakthrough in a field that’s been relying on the same tasks with limited advances for decades.”

In 2018, Dr. Johnson was awarded an NIH Pathway to Independence (K99) Award to study hippocampal and dopaminergic mechanisms that support mnemonic discrimination abilities in aging. In this work, she combines behavioral tasks she previously developed with multichannel in vivo neurophysiological recordings and targeted manipulation of neural activity. Dr. Johnson also received funding from the McKnight Brain Research Foundation to support this work.

“By testing rodents in the same tasks used in humans, we can better translate our neurobiological findings across species and gain understanding relevant to treating memory loss in aging and dementia,” Dr. Johnson said.

The Center for Neurodegenerative Diseases and Therapeutics works to identify mechanisms underlying neurodegenerative disorders such as Alzheimer’s, Parkinson’s and brain injury, and to advance new approaches for diagnosis, detection and treatment.

“Dr. Johnson’s model toolkit provides a critical addition to our ongoing work in neurodegenerative diseases and related fields in which aging is the greatest risk factor,” Dr. Stutzmann said. “We are thrilled to have recruited such an outstanding young scientist, educator and mentor who exemplifies the collegiality we value so highly among our faculty.”

“We each experience cognitive effects of aging differently,” Dr. Johnson said. “I want to determine what aspects of brain function underlie these individual differences, conferring risk versus resilience to memory loss and neurodegeneration. I hope to identify interventions that tilt the scales toward resilience.”

Dr. Johnson earned a BSc at Dalhousie University in Halifax, Nova Scotia. She completed her MSc in Neuroscience and PhD in Psychology at the University of Toronto.

Research and Discovery
Make an IMPACT through a gift to research that will lead to diagnostics and therapies improving wellness and saving lives.