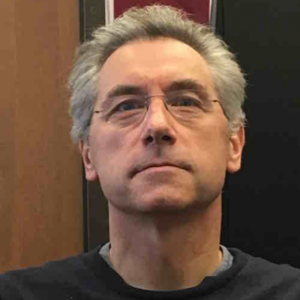 Center for Proteomics and Molecular Therapeutics

Our lab studies the structure and function of ion channels, a family of membrane proteins that play many key roles in neuroscience and which are a major target of essential drugs used in clinical medicine. More than a third of all genes in a typical genome code for membrane proteins, yet we know very little about their structure and function. Because ion movement across membranes can be measured with exquisite sensitivity, ion channels have always been at the vanguard of functional studies of membrane proteins, and as a consequence we have learned a great deal about how they function. Until recently, however, ion channels, like so many other membrane proteins, had proven very difficult to study at the structural level. Recent high-resolution descriptions of several ion channels have opened up the field of structure-function in ion channels, and we are now in a position to ask detailed questions about how function is achieved through structure in this essential class of proteins. How do voltage-dependent ion channels sense the membrane potential? Through what structural rearrangements do these channels achieve voltage-dependent ion flow across the membrane? How can highly dynamic proteins maintain such outstanding control of what sorts of ions are allowed to pass? These are some of the questions that we attempt to answer. The lab uses both structural and functional approaches to address these questions. The main structural techniques that we employ are X-ray crystallography and site-directed spin labeling, an emerging and powerful structural technique that is not limited to static structure, but instead is also capable of resolving dynamic structural changes that occur during function. Given the highly dynamic nature of membrane proteins, it is essential that the structural technique used to study them be capable of resolving dynamic structural changes. Our main functional approach is electrophysiology. With electrophysiology, ion channels can be studied in real time as they undergo the structural rearrangements necessary for function. By combining these powerful and yet complimentary techniques we are taking a multi-pronged approach to the long-term goal of achieving a mechanistic understanding of ion channel function.