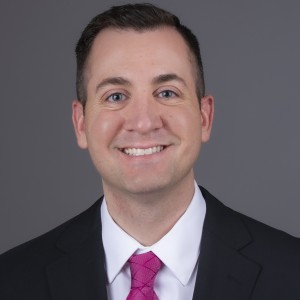 Dr. Brian A. Feinstein (he/him) is an Associate Professor in the Department of Psychology. He obtained his PhD in Clinical Psychology from Stony Brook University in 2015 after completing an APA-accredited internship at the University of Washington School of Medicine. Then, he completed an NIH-funded postdoctoral fellowship (F32) at the Feinberg School of Medicine at Northwestern University from 2015-2018. Following the completion of his postdoctoral fellowship, he served as a Research Assistant Professor at the Institute for Sexual and Gender Minority Health and Wellbeing at Northwestern University from 2018-2020. He joined the Department of Psychology at RFUMS in 2020. Dr. Feinstein is also involved in a number of professional activities including serving as an Associate Editor at Archives of Sexual Behavior and the Behavior Therapist. He is also a licensed clinical psychologist in Illinois.

His research interests include:

Dr. Feinstein directs the Sexuality, Health, and Gender (SHaG) Lab at RFUMS. For updates on current and recent projects, you can visit the lab's website and Facebook page.

Are You a Prospective Graduate Student?

Dr. Feinstein will be accepting a student for the 2022/2023 academic year.

The goal of this project is to develop and pilot test an online intervention to increase sexual health knowledge and to decrease sexual risk behavior (including substance use) among bisexual, pansexual, and queer male youth ages 14-17. The feasibility, acceptability, and preliminary efficacy of the intervention (compared to a waitlist control condition) will be tested in a pilot randomized clinical trial with 60 participants.

The goal of this project was to learn about factors that drive engagement in sexual risk behavior and substance use among bisexual, pansexual, and queer male youth ages 14-17. This was accomplished using a mixed-methods approach, which included surveying and interviewing 60 participants about their sexual orientation, sexual decision-making, motivations for substance use, and intervention preferences. Data from this project were used to inform the development of a sex education program tailored to the unique needs of this population (described above).

The goal of this project was to learn about bisexual, pansexual, and queer (“bi+”) people’s attempts to make their sexual identity visible to others (referred to as visibility attempts). Specifically, we were interested in answering the following questions: