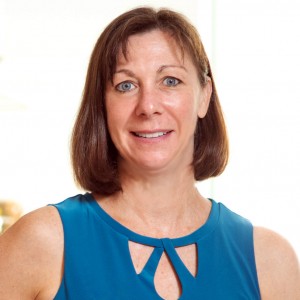 Center for Neurodegenerative Disease and Therapeutics

My research interests focus on studying the early neuronal pathology that develops in Alzheimer's disease (AD), long before the deposition of plaques and tangles, and cognitive decline. To accomplish this, I use transgenic mice engineered to express human gene mutations that cause the inheritable form of AD, as well as human neurons derived from AD patients. With these tools, I can examine within individual neurons and entire networks how AD mutations impair neuronal functioning and synaptic plasticity across various stages of the disease process, with the goal of finding ways to block or reverse these impairments. By the time memory loss occurs in humans, the damage to the brain is often too extensive to reverse. My previous studies show that specific calcium-mediated signaling pathways are highly dysregulated in AD, and over time, facilitate the formation of amyloid plaques and tangles, interfere with neuronal signaling processes that support learning and memory, and eventually kill the cell. We are pursuing novel therapeutic strategies designed to prevent these early pathogenic processes, preserve synapses, and prevent memory impairment. This approach targets mechanisms upstream of amyloid and tau pathology. To achieve these goals, I use innovative techniques to study real-time activity in living neurons from rodents and humans, such as in vitro electrophysiology combined with 2-photon and CCD imaging of calcium signals within cellular compartments. In addition, extracellular recording techniques, immunohistochemistry, molecular biology and behavioral approaches are also incorporated. With my collaborators, we are also formulating and testing novel target compounds that impede the progression of AD pathology at its earlier stages. By combining the study of basic disease mechanisms in mice and human cells in parallel with drug discovery and therapeutic applications, we hope to develop effective options to prevent AD.

My lab utilizes electrophysiological, multi-photon imaging, and molecular approaches to examine early mechanisms of neurodegenerative processes, particularly in aging, Alzheimer's disease, and traumatic brain injury. We have identified several aberrant calcium channels and related signaling pathways that appear to be drivers of pathogenic cycles in Alzheimer's and other neurological disorders. In particular, the ryanodine receptor is strongly implicated, and we have begun novel drug development strategies targeting this calcium channel as a means to develop therapeutic approaches to preserve cognitive function in aged and diseased brains.

In vitro sharp and whole cell electrophysiological recordings in cortical and hippocampal slices examining effects of serotonin and adenosine on neuronal activity in relation to psychosis and drugs of abuse.

Intracellular and extracellular in vivo and in vitro electrophysiology, iontophoresis, and immunohistochemistry studies examining effects of serotonin and stress hormones on amygdala neurons.